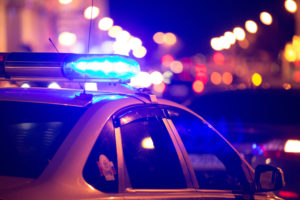 A Pennsylvania family was left to deal with a tragedy when their 17-year-old daughter drowned in the bathroom as she was getting ready for school. The fatal fall occurred in the shower and it is suspected that she potentially drowned after her hair got caught in and clogged the drain. The results of the autopsy has not been released as of yet but officials do believe that drowning is in all likelihood the cause of her untimely death.

Pennsylvania Girl’s Death Believed to be an Accident

Details for the incident have not been confirmed as it believed that there were no witnesses present when the accident occurred but the signs point to the young girl blacking out by the bathtub which led her to slip and fall as well as her hitting her head. It was after this that they believe she drowned when her hair got clogged in the drain leading to the tub overflowing with water. Her parents have stated that the teen had a known thyroid condition that may have contributed to the black out that made her unable to get out of the tub as well. The teen was eventually found in the bathroom by her mother who was allegedly sleeping at the time the unfortunate ordeal took place. She is survived by her divorced parents as well as her brother and sister.

Slip and fall accidents are not only common but they are known to be the most common cause of a trip to the emergency room. Making up over 10 percent of all fall accidents slip and fall incidents are responsible for a million visits to the hospital each year while 5 percent of all people who fall receive a fracture. Slip and falls also contribute to the highest number injuries for people in the workplace who are 55 and over including being the cause of the highest number of lost days and worker’s compensation claims as well. A surprising and sad fact though is that half of all accidental home deaths are caused by a fall which clearly could have been the case for the young girl from Pennsylvania. In addition, slip and falls are the third highest cause of unintentional death in the country, which unfortunately means this may be more common than anyone would want to believe.

If you or a loved one are dealing with an unfortunate situation such as this you will need a knowledgeable attorney from  The Law Office Of Quinn Logue to get you the justice you deserve. Contact The Law Office of Quinn Logue by calling today for your initial consultation or fill out our convenient online form to begin discussing your case.

The articles on this blog are for informative purposes only and are no substitute for legal advice or an attorney-client relationship. If you are seeking legal advice, please contact our law firm directly.