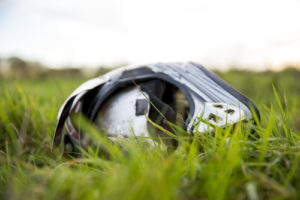 Underneath the Interstate 83 bridge near Paxton Street, a barber was killed on his motorcycle from a wreck that occurred on August 23rd. He was brought to the hospital in critical condition but died two days later on the 25th.

Police reports show that the accident happened a little after 6 p.m. on August 23rd. He was driving under the bridge when his motorcycle somehow hit one of the structures holding up the 83 bypass. The motorcyclist was thrown from his bike and hit the structure. He was not pronounced dead at the scene, but police state he was only barely responsive. Ambulances took him to a nearby hospital.

Police are not stating whether or not other vehicles have been involved, but it is suspected that another vehicle may have hit the bike, causing it to lose control. Drugs or alcohol are not thought to have played a role in the barber’s actions, though some are speculating that if another driver was involved, they may have been under the influence. As such a popular figure in his community, many of his customers are looking to find out more details, and are setting up memorials for him under the bridge. The accident still remains under investigation, though police have other details that they have not yet released for public knowledge.

Motorcycle accidents are among some of the worst accidents. Having such little protection if hit, motorcycle accidents often times turn out to be fatal. It was not stated whether the barber was wearing a helmet or not, but having a helmet typically increases survival rate by nearly double. Albeit, that isn’t to say that the motorcycle driver can’t still be seriously injured.

For those who have been involved in a serious motor vehicle accident, contact Quinn Logue, LLC today. Our experienced attorneys will do everything in their power to get you the maximum compensation, covering everything from the cost of repairs to your vehicle (or bike) to injuries and emotional pain. We will do everything we can to get you what you deserve. Contact our offices today to schedule a consultation.