Proving Fault In A Slip And Fall Accident 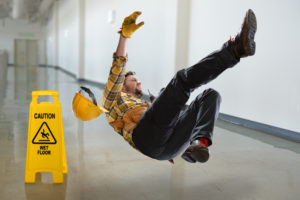 Elements of a Slip And Fall Case

In Pennsylvania, to secure monetary compensation for injuries sustained in a slip and fall accident, the injured person generally files a negligence action against the liable person. In order to prevail in a negligence claim, the injured party must have evidence sufficient to establish the following four elements:

Evidence of Negligence In A Slip And Fall Accident

In order to prove the four elements of a slip and fall negligence claim, the injured party can submit the following evidence at trial or to the judge in a pretrial motion:

Did you or a loved one sustain serious injuries due to slip & fall in Pennsylvania? Don’t let the medical bills pile up while you wait for the negligent party, or their insurance company, to do the right thing. Right now, you need an aggressive personal injury attorney on your side, fighting to get you the compensation you need, want, and deserve. The skilled attorneys at Quinn Logue represent clients injured because of trip and fall accidents in Pittsburgh, Penn Hills Township,Mount Lebanon Township, Scranton, and throughout Pennsylvania. Call 412-765-3800 or email us to schedule a free consultation about your case. We have an office conveniently located at 200 First Avenue, Third Floor, Pittsburgh, PA 15222, as well as offices in Scranton, PA.

The articles on this blog are for informative purposes only and are no substitute for legal advice or an attorney-client relationship. If you are seeking legal advice, please contact our law firm directly.