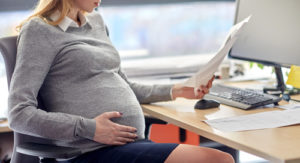 A New Jersey-based company with offices in Pennsylvania currently faces a federal lawsuit that claims the company repeatedly mistreated and even fired employees who had gotten pregnant, according to a recent article at NJ.com.

The lawsuit has been filed by the Equal Employment Opportunity Commission (EEOC).

According to the court filings, the EEOC became involved when one of the company’s former employees files a complaint. In the complaint, the employee describes being belittled, given more difficult work, and eventually fired after she disclosed her pregnancy in 2013.

Among the negative treatment the employee describes are comments by a supervisor that “pregnancy makes you retarded” and “I would never have kids, it’s gross,” as well as increased scrutiny and disciplinary actions.

Two other women who worked for the company described similar treatment to the EEOC, including one who states she was written up for “poor performance” and then fired within three days of announcing her 2013 pregnancy and another who claims she announced her pregnancy in January, only to discover in March that the company had posted a job listing for her position. She was fired shortly thereafter.

After attempts to negotiate an informal settlement failed, the EEOC filed the lawsuit, finding that there was reasonable cause to support the claim. The suit seeks back pay with interest and damages for the three former employees, as well as a judge’s order that the company creates and enforces new anti-discrimination policies.

A vice president for the company denied the claims in a formal statement released to the press in early October 2017.

Employment discrimination cases can be difficult to investigate, particularly if you have faced adverse actions like demotion or termination, or if you work for a company whose parent office is not in Pennsylvania. If you need help pursuing a discrimination claim, the attorneys at Quinn Logue can help. Contact our Pennsylvania office today at 412-765-3800 to learn more.